We use our own and third-party cookies to ensure the proper functioning of the web portal and its complements, perform navigation analysis and show multimedia content. If you continue browsing, you accept the use of this technology. For more information please see our Cookies Policy I agree. Learn more

We want to constantly improve the user-friendliness and performance of our websites. For this reason we use analysis technologies (including cookies) which pseudonymously measure and evaluate which functions and content of our websites are used, how and how often. On this basis we can improve our websites for users.

Save settings Agree to all

We are happy to help 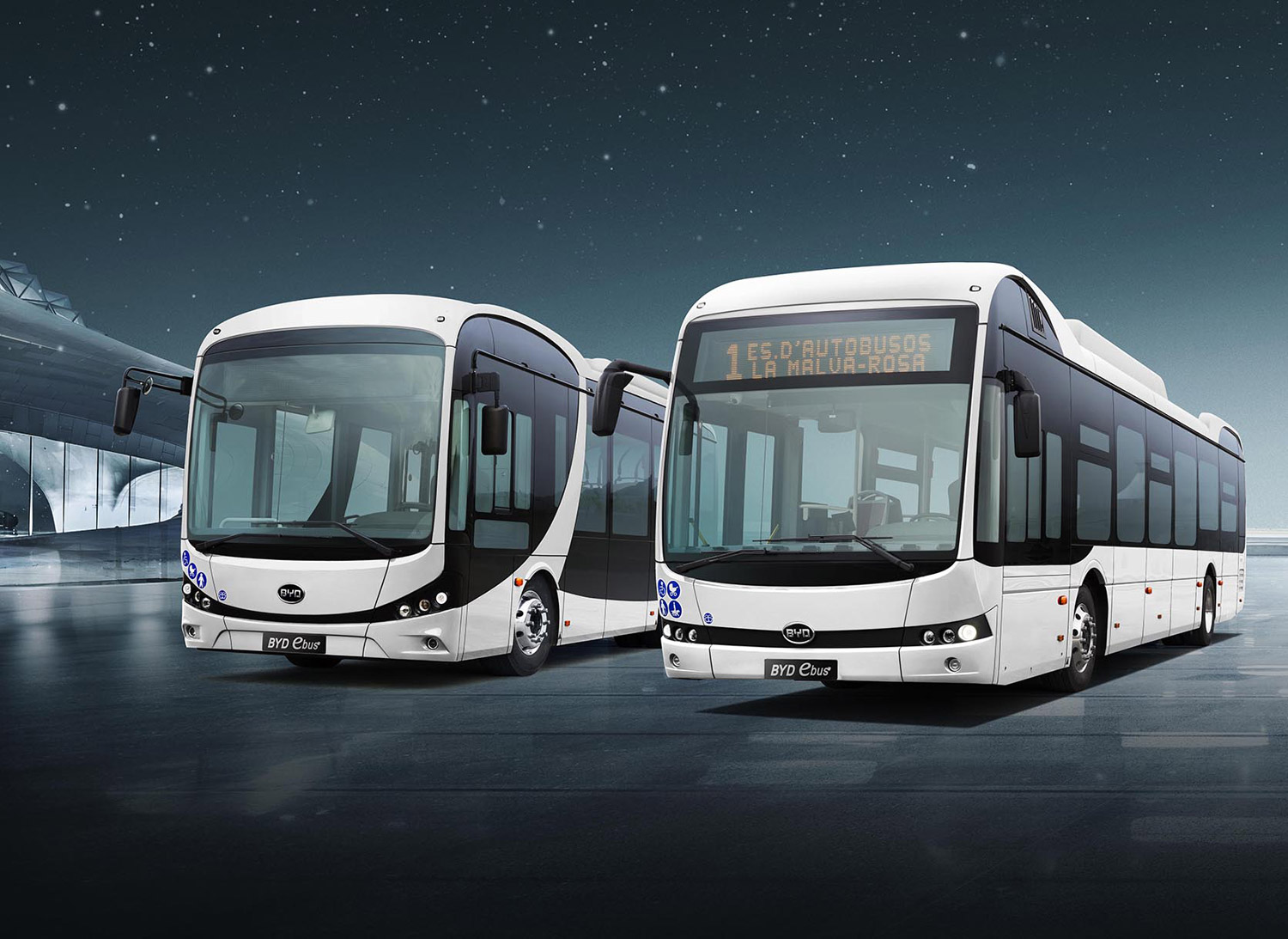 Hungary, other CEE countries and Greece

Read more about our Forklift servicesYou'll be referred to the forklift website.

Back
More about BYD Netherlands

BYD Europe B.V. was established in Rotterdam, the Netherlands in December 1998 and was the first overseas subsidiary of BYD. 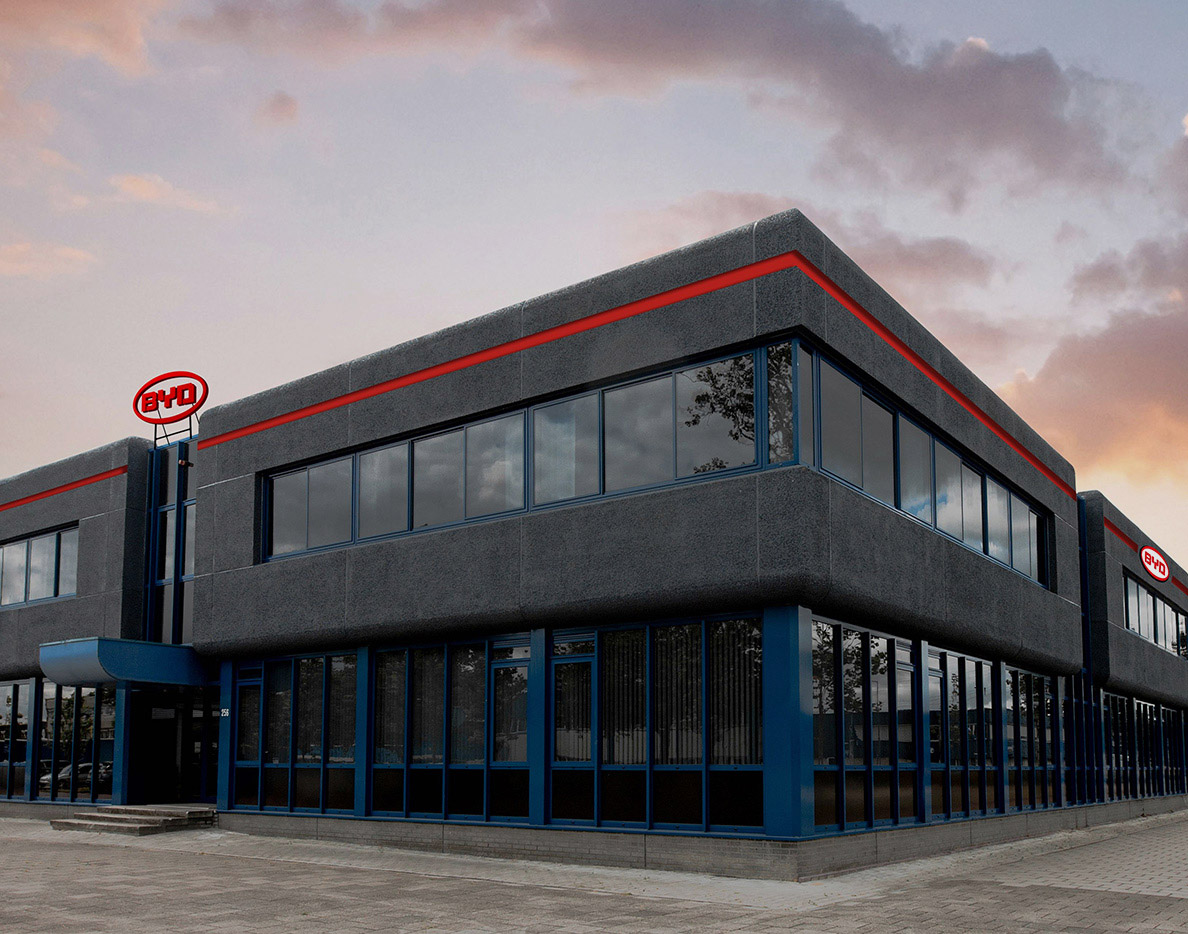 In September 2015, it moved to nearby Schiedam in order to meet the needs of business development.

After over 20 years of development, BYD has grown from a brand that has never been known in Europe to a compelling new energy vehicle industry leader. Thanks to the efforts of the European branch, BYD's pure electric buses have already been sold in more than 20 countries and in over 100 major European cities including Amsterdam (the Netherlands), London (the UK), Ankara (Turkey), Madrid (Spain), and Turin (Italy).

Besides that, BYD has two electric bus factories in Europe, one located in Komarom, Hungary, and the other located in Beauvais, France.

BYD UK was established in London, UK in March 2013 and moved to Iver, Buckinghamshire, England in June 2018 to further develop its business. 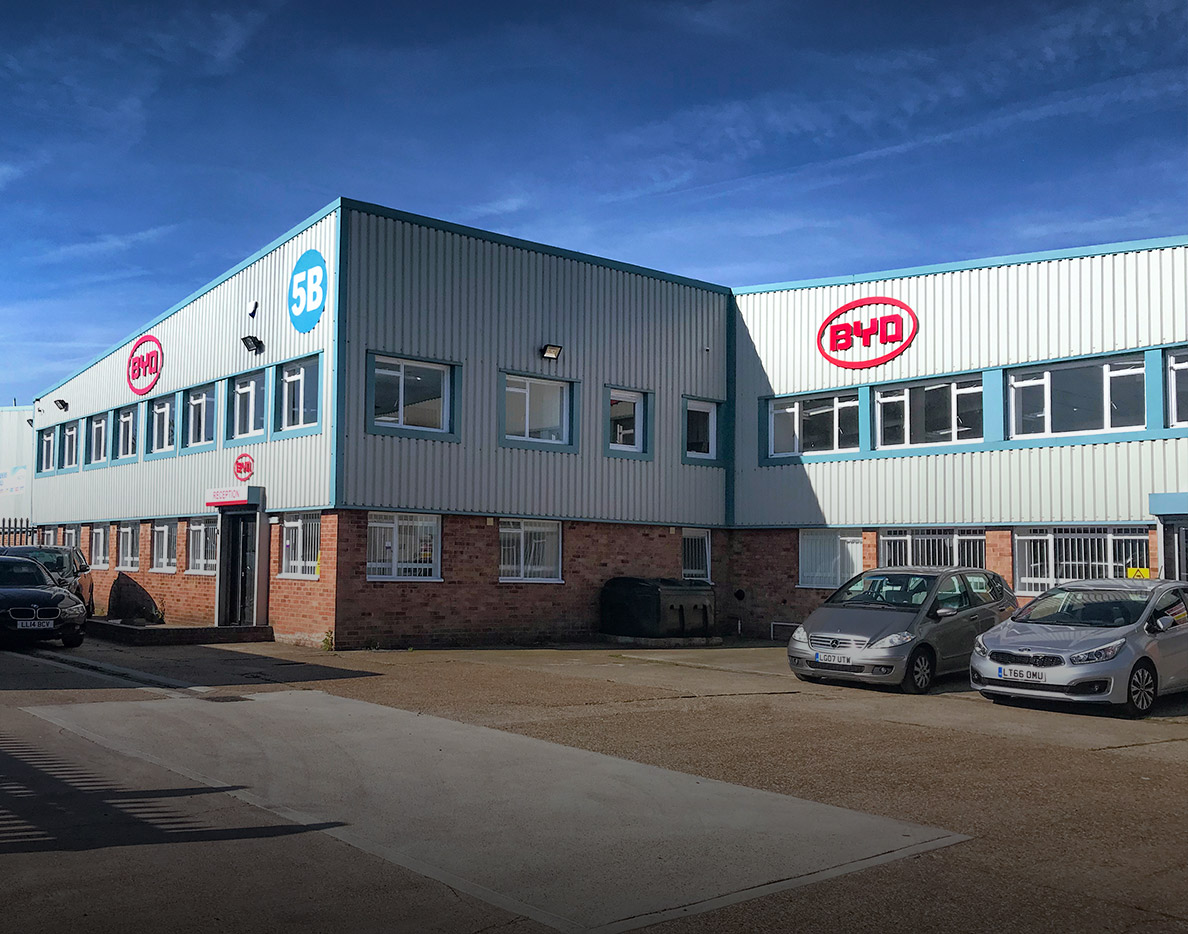 It is primarily engaged in providing our British customers with a series of new energy buses together with interrelated after sales service. The main strategy is to introduce our electric buses to London and other UK cities all of which are dedicated to emissions reduction. In 2015, BYD concluded a cooperation agreement with the UK’s largest bus manufacturer, Alexander Dennis Ltd (ADL) and launched a strategic cooperation for the UK market.

BYD provides bus chassis, batteries and core powertrain technology, and ADL manufactures in Britain the bodywork of the bus with a stylish appearance. The win-win cooperation between BYD and ADL is already bringing great success in the UK market.

Read more about BYD ADLYou'll be referred to an external website.

On March 23rd 2017, BYD announced that it would invest 10 million euro in the town of Allonne, near Beauvais, in Hauts-de-France to build an electric bus assembly facility. 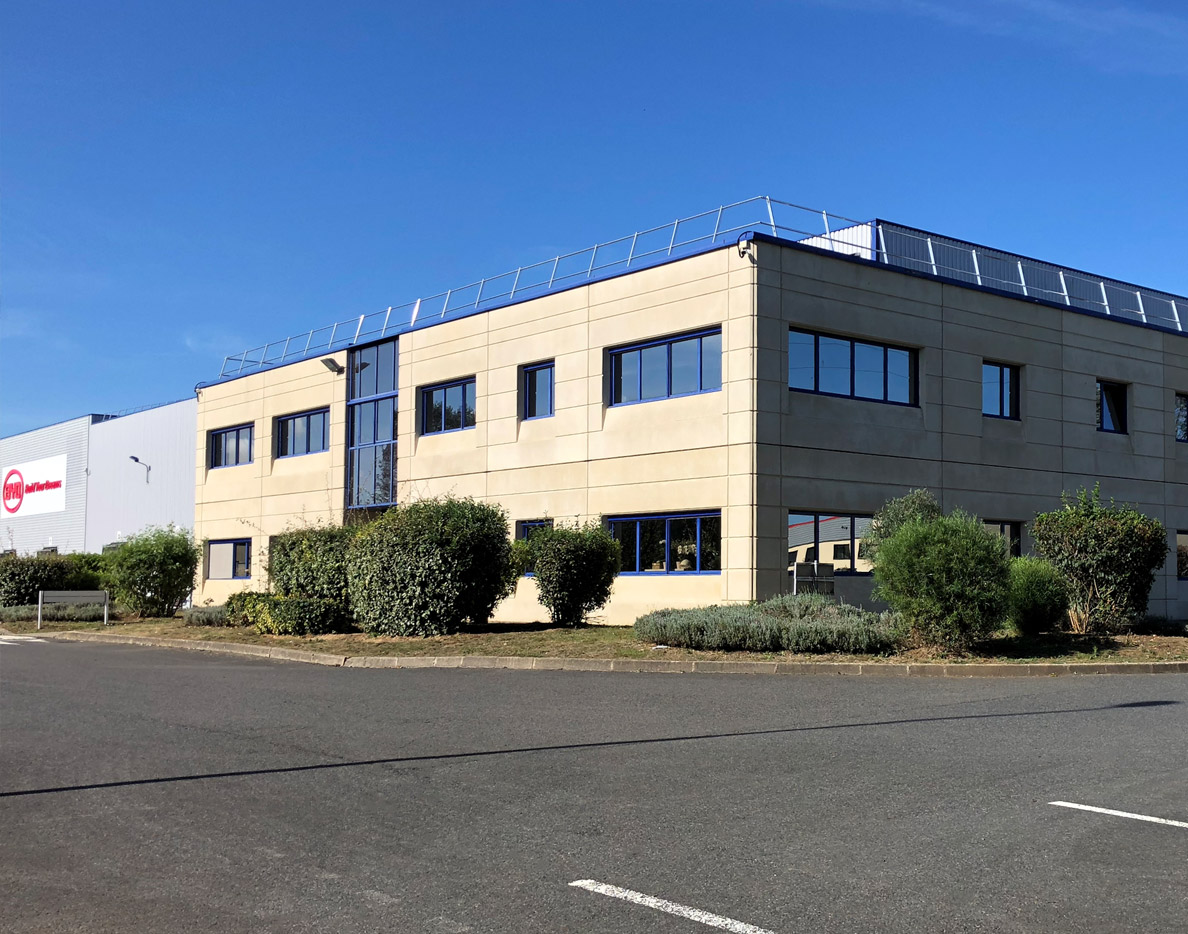 This is the second electric bus factory of BYD in Europe and is designed to deliver buses that meet local market requirements and regulations.

The BYD French ebus factory has started production in October 2018. The production facility occupies 32,000 sq m of a parcel totaling nearly 80,000 sq m, and is capable of assembling up to 200 vehicles a year—single-deck buses and coaches—in its first phase. Other vehicles may be added as BYD expands its product line.

In addition to bus assembly, BYD plans an after-sales unit for maintenance and repairs, as well as a logistics center for spare parts. In the longer term, a test center for batteries could be added.

BYD Electric Bus & Truck Hungary Kft. was established in April 2016 in Komarom, a city in the northwest of Hungary. 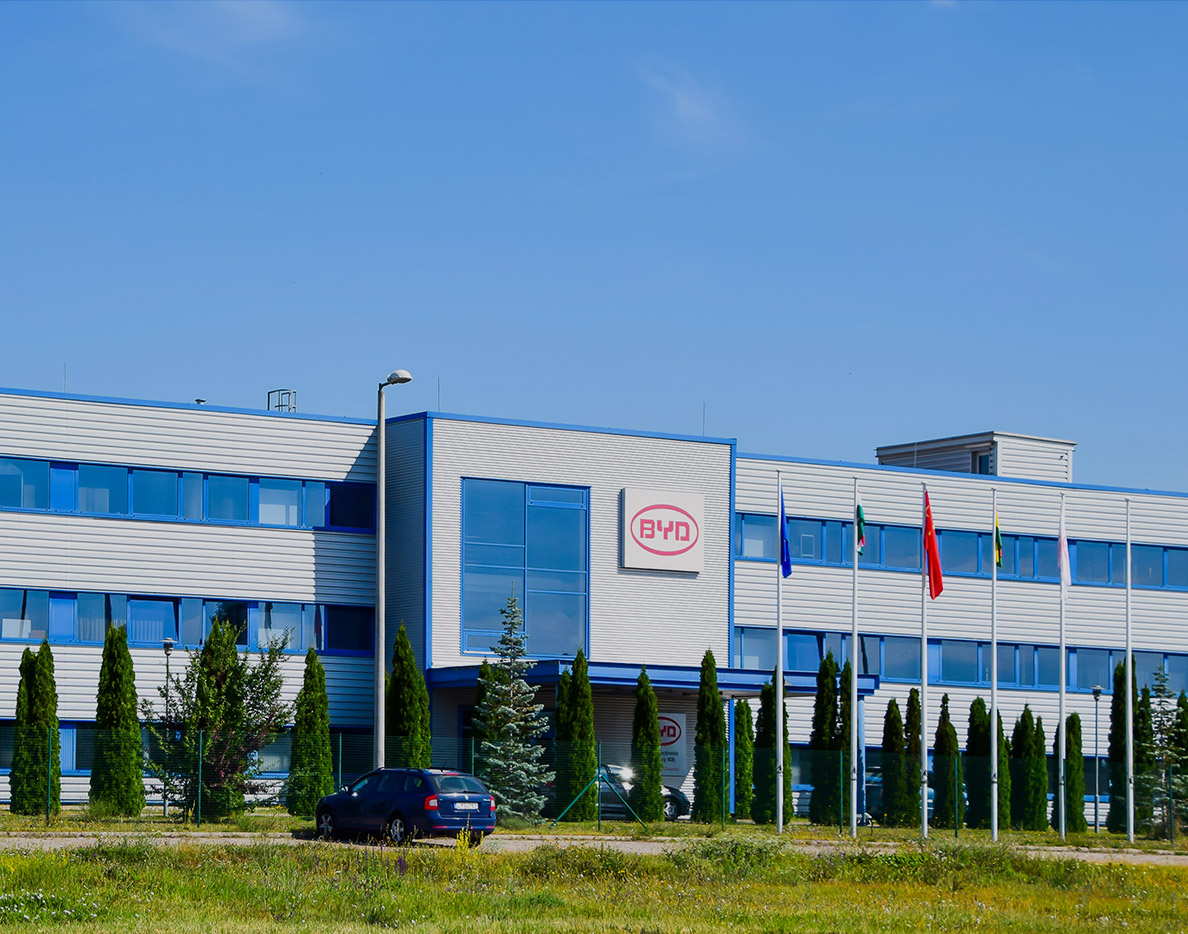 This is BYD's first factory in Europe and the first electric vehicle factory invested by China's new energy brand in Europe.The factory was put into production in April 2017 and is mainly responsible for the R&D and manufacturing of electric buses and other products.

The total planned investment of the factory is 20 million euros and the total employees are 300 people. The annual output of the double shift is 400 electric buses, and the products are provided for the whole European market. The Hungary factory also provides chassis for the UK factory in which BYD cooperates with Alexander Dennis (ADL) and the BYD France factory.